The Eternal City celebrates its long history with monuments, churches and restored ruins that offer a glimpse into life during the days of the great Roman Empire. Here are our picks for the 10 essential attractions to round out your visit to Rome.

The Column of Marcus Aurelius

This homage to one of Rome’s most famous emperors, the philosopher general Marcus Aurelius, stands in a parking area of the Piazza Colonna—less than a mile to the northeast of the Pantheon. Most passers by are on their way to the adjacent government offices or shopping mall, and pay the ancient column little mind.

The Column of Marcus Aurelius was completed in A.D. 193 to commemorate decades of war in Europe. And at almost 100 feet tall, it still stands sentinel over the ground where the emperor was cremated nearly two millennia ago.

The Temple of Hercules Victor

The oldest marble building in Rome lies tucked away on a bend near the Tiber River, across the street from the Santa Maria in Cosmedin. You’ll see crowds flocking around the Santa Maria to get a glimpse of the medieval basilica’s famous “Roman lie detector” and the supposed skull of St. Valentine. Fortunately for you, that often leaves the Temple of Hercules Victor all alone.

This remarkable structure was built in the 2nd century B.C. Though it was built to honor Roman gods, it has survived largely intact due to its conversion to a Christian church in 1132 A.D.

This year, Roman authorities announced the reopening of Largo di Torre Argentina, the forum where Julius Caesar was murdered in 44 B.C. While crowds are busy flocking to that forum, you can explore the much larger Trajan Forum just over a half mile away—and you can do so under the cover of darkness.

An interactive night tour will lead you through Trajan’s Forum, built 168 years after Caesar’s death, while telling the legendary emperor’s story.

The Baths of Caracalla

Caracalla has gone down in history as one of Rome’s most tyrannical rulers, yet his legacy lives on within these ruins on the outskirts of the old city. At their height, the baths covered some 50 acres. They were capable of hosting 1,600 people at any given time, and heir walls housed not only swimming pools, but also steam rooms, libraries, meeting rooms and fountains.

Today, these impressive ruins are a curious pitstop on a popular local running and cycling route. A 20 minute walk from the Colosseum will put you at their doorstep.

Archaeologists believe this massive, ancient stadium predates the Colosseum by as much as 600 years. At one time, 150,000 spectators could cram into the Circus Maximus to witness games, festivals and races. Though much of the stadium’s structure has been demolished or burned in the ensuing centuries, the grounds themselves remain.

Today, the Circus Maximus is a public park where visitors are free to roam at their leisure. Despite its legendary name, the site is largely ignored by tourists en route to more intact ancient sites. However, a scattering of nearby gelato stands and a central location between the Palantine and Aventine Hills make the Circus Maximus a perfect place to take a relaxing stroll with a cold treat.

Little remains of the imperial palaces that once stood on Rome’s Palantine Hill. However, the Domus Severiana offers visitors a chance to stand where royalty once stood, and gaze at their view of ancient Rome. In the distance, the Baths of Caracalla, Circus Maximus and Aventine Hill slumber.

It was from this spot that Rome’s earliest founders watched the city grow from a village into a global superpower. Today, the Domus Severiana is one of the most prominent landmarks left on the Palantine Hill. Access to its grassy hills and crumbling, brick structures is included with admission to the popular Roman Forum, though many visitors don’t make time to wander through these earliest of Rome’s ruins.

Built between 271 and 275 A.D., these towering walls originally spanned 12 miles, and reached a height of 26 feet. Despite their exceptional age, the Aurelian Walls remain in impressive condition. Because of this, it’s easy for unknowing visitors to mistake these ancient battlements for more modern, medieval architecture.

The walls encompass nearly all of ancient Rome, and serve as an unmistakable landmark for travelers venturing into the ancient city from more modern neighborhoods on Rome’s outskirts. For a quiet stroll alongside the Aurelian walls, head for the Aventine Hill. There you’ll find a keyhole surrounded by tourists who are too busy squinting at the Vatican to bother you or your tranquil view.

Castel Sant’Angelo is a 14th-century A.D. papal fortress that hides an even more historic past. Buried deep within its foundations, you’ll find the tomb of the Roman emperor Hadrian. Even today, the Castel Sant’Angelo often goes by another name—Hadrian’s Mausoleum.

Though the urn containing Hadrian’s ashes was looted in the 4th-century A.D., the impressive structure is still an imposing presence on the west bank of the Tiber. If not for the presence of the nearby Vatican, located within eyesight, the Castel would likely be swarmed from sunrise to sunset. Lucky for you, crowds here are moderate and mostly pause only for a snapshot before wandering on to the papal city.

Rome’s only island—an isolated patch of land in the middle of the Tiber River— is easy to miss. It’s located just west of the Circus Maximus, but features no bell cow destination for first-time visitors to Rome. However, for travelers searching for a hidden gem, Tiber Island is the perfect place to wander.

The island is accessed from its eastern side via Rome’s only remaining original bridge, the Pons Frabricius. The Pons Frabricius has ferried travelers over the Tiber since 62 B.C., and it will take you directly onto Tiber Island, where the scenic Castello Caetani and more first-rate gelato awaits.

The Arch of Titus

This incredible, 1st-century A.D. arch is hidden in plain sight—just to the east of the Colosseum. Though the Arch of Titus is a prominent feature in the Centro Storico, many travelers simply overlook the monument en route to its famed neighbor. That’s a shame, because the great arch is a worthy destination in its own right.

The Arch of Titus was built in A.D. 82. It’s said to be the inspiration for Paris’s Arc de Triomphe, which was constructed more than 17 centuries later.

10 Famous Places To Visit In Thailand

10 Famous Places To Visit In Vietnam

10 Famous Places To Visit In Dubai 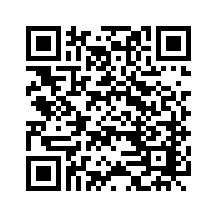