A financial crisis is a generalized term for systemic problems in the larger financial sector of a country or countries. Financial crises often, but not always, lead to recessions. A fiscal crisis, on the other hand, refers to a balance-sheet problem with a government or multiple governments. If the debt load of a government creates funding or performance issues, it may be said to experience a fiscal crisis.

If the United States borrows too much and finds itself shut out of credit markets (so it can’t find willing buyers of bonds), or if a major credit rating agency downgrades U.S. Treasury-backed debt, or if the federal government needs to suspend payments due to a budget shortfall, that’s a fiscal crisis. For example, the sovereign debt crisis that gripped much of southern Europe in 2010 was a fiscal crisis, but it wasn’t a financial crisis.

If the U.S. banking sector collectively makes poor lending decisions, or if it is improperly regulated or taxed, or if it experiences some other exogenous shock that causes industry-wide losses and loss of share prices, that’s a financial crisis. Of all the sectors of the economy, the financial sector is said to be the most dangerous epicenter of a crisis because every other sector relies on it for monetary and structural support.

Financial crises and fiscal crises may occur independently or concurrently. It is possible for a government’s fiscal crisis to bring about a financial crisis directly or indirectly, particularly if the government responds improperly to its budget problems by confiscating savings, raiding capital markets or destroying the value of the local currency.

Among Westernized nations in the modern era, perhaps only Greece can rival the repeated economic turmoil that Argentina has experienced. Argentine crises have been a familiar feature since the great financial panic of 1876. The most recent crisis began in 2000, although the foundation began to crumble as early as 1998.

The 2001-2002 crisis combined a currency crisis and a financial panic. An unsuccessful hard currency peg to the U.S. dollar left the Argentine peso in disarray. Bank depositors panicked when the Argentine government flirted with a deposit freeze, causing interest rates to spike sharply.

On Dec. 1, 2001, Minister of Economy Domingo Cavallo enacted a freeze on bank deposits. Families were locked away from their savings, and inflation rates hit an astronomical 5,000%. Within the week, the International Monetary Fund (IMF) announced it would no longer offer support to Argentina; the country was a serial defaulter, and international authorities did not believe proper reforms would take place.

The Argentine government lost access to capital markets, and private Argentine financial institutions were cut off as well. Many businesses closed. Foreign banks – a large presence – pulled out rather than risk their assets. The erratic and extreme nature of interest rates made it virtually impossible for any financial firm to function properly.

The Argentine banking sector was lauded for its progressive regulations in the late 1990s, but that did not stop the carnage of the 2001-2002 crash. By 2002, the default rate among bond issuers was nearly 60%; local debtors didn’t fare any better, and their subsequent nonpayments crushed commercial lenders.

Widely considered the worst global economic crisis since the Great Depression, the global financial crisis in 2007-2009 ignited in the U.S. and spread across most of the developed world. Plenty has been written about the nature and causes of the Great Recession, but the essential story centers around major investment banks that overleveraged themselves using mortgage-backed securities (MBSs).

The returns and prices of the banks’ MBS instruments were predicated on rising housing prices caused by an unsustainable asset bubble in the U.S. housing market. Falling housing prices created a chain reaction of defaults by bond issuers across the country, starting in subprime mortgages and eventually spreading throughout the entire MBS market.

Early stages of the crisis began in the second half of 2007, eventually peaking in September 2008. Several global investment banks were compromised, including Lehman Brothers, AIG, Bear Stearns, Countrywide Financial, Wachovia and Washington Mutual.

There were numerous bank failures in Europe as well, and even countries that shouldn’t have been in crisis were still affected, thanks to the EU economic alliance. The worst of the U.S. recession occurred in late 2008 and early 2009, but it took a few months for panic to hit Europe. Countries such as Greece, Ireland and Portugal were hit hardest.

The effect of the global financial crisis can be summed up in the following statistic: In the post-World War II era, the world economy has only contracted during one fiscal year. That year was 2009, when total global gross domestic product (GDP) shrank from $63.07 trillion to $59.78 trillion.

The Vladimir Putin-led Russian economy grew appreciably in the first half of the 21st century, thanks in large part to thriving energy sector and rising global commodity prices. The Russian economy became so dependent on energy exports that nearly half of the Russian government’s revenues were generated by the sale of oil and natural gas.

Starting in June 2014, global oil prices took a nosedive. The average price for a barrel of oil dropped nearly 40% in six months from the previous $100 threshold. The dip below $100 was noteworthy, since that was the number Russian officials estimated was necessary to keep a balanced budget.

Putin exacerbated the energy problem by invading and annexing Crimea and Ukraine, resulting in economic sanctions from the U.S. and Europe. Major financial institutions, such as Goldman Sachs, started cutting off capital and cash to Russia. The Russian government responded with aggressive monetary expansion, leading to high inflation and crippling losses among Russian banks.

As of December 2015, the Russian financial and economic crisis was unresolved. Many economists predict high inflation and contraction in 2016, particularly as Russian relations with the West continue to sour.

2 thoughts on “3 Financial Crises in the 21st Century” 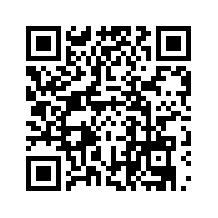