Bitcoin has gained stability and credibility following increased use in the aftermath of the UK Brexit vote, with record trading levels set.

Contrary to the UK pound sterling, which dropped 10 percent after the results to a 31-year low against the dollar, and the euro’s 3% slide, Bitcoin reached a high of $683 per unit.

In terms of volatility, this week has seen Bitcoin become a safer bet than GBP, leading to increasingly complimentary mainstream press attention.

Smith sought to highlight Bitcoin’s overall track record, fueling new popular sentiment that Bitcoin investment long-term was not so much of a ‘wild card.’ He added:

If you had allocated assets into bitcoin five of the last six years, you would’ve done better than your local currency.

The Brexit-specific remarks have been echoed elsewhere, Econotimes notes, by Russell Newton, owner of the Global Advisors Bitcoin Investment Fund (GABI) as well as a former commodities strategist with JPMorgan.

“If – or when – we see the break up of the zone and the currency, I believe Bitcoin will fill some of the vacuum,” he wrote in a circular. “Bitcoin’s inverse correlation to weakness in fiat currency regimes around the world has been seen many times and very markedly in the run up to the Brexit.”

A ‘No’ to ‘Mandatory Management’

While the motives behind last week’s decision to leave the European Union are hotly debated and even discredited in some circles, Newton believes it highlights a new mentality which could ultimately aid positive economic change through concepts such as decentralization.

“I believe that Brexit will invoke the feeling, at least in the UK, that bigger, structured, controlled and mandatory management is not the way forward, in politics, life or finance,” he added.

It is not just the pound and euro seeing swings. Trading site Localbitcoins, which operates throughout the EU and beyond, saw record trading levels in a number of markets during the week of the UK referendum.

Norway, in particular, set a new high, in wake of analysts suggesting its currency had in fact suffered more overall from Brexit than any other. China and New Zealand, as well as other Asian markets, also saw new peaks in trading activity on the site. 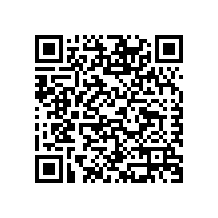