Bitwise Asset Management is the latest American financial firm to seek regulatory permission for launching a bitcoin ETF. The company thinks it should succeed in getting the SEC’s approval, which all other applicants have failed to do so far, by utilizing a new model for the instrument.

Bitwise Asset Management, a provider of a number of crypto index funds, announced on Thursday, Jan. 10 that it has filed an initial registration statement with the U.S. Securities and Exchange Commission (SEC) for a proposed new physically held BTC exchange-traded fund (ETF). The company believes its proposed ETF is different from previously filed proposals in that it will rely on regulated third party custodians to hold its physical coins, and in that it is based on a large number of cryptocurrency exchanges representing the majority of currently verifiable trading.

The company is said to have spent 2018 researching the concerns the SEC raised about the crypto market including the quality of the trading ecosystem, the reliability of pricing, the strength of the arbitrage function, and the robustness of custody. “We believe the crypto trading ecosystem has evolved in significant ways in the past year,” stated John Hyland, Global Head of Exchange-Traded Funds for Bitwise. “Having a regulated bank or trust company hold physical assets of a fund has been the standard under U.S. fund regulation for the last 80 years, and we believe that is now possible with bitcoin.”

According to Bitwise, the proposed listing exchange, NYSE Arca, Inc. (NYSE), will file an application to list shares of the Bitwise Bitcoin ETF under a ticker symbol that will be determined at a later date. The company expects the NYSE to file a so-called Rule 19b-4 request with the SEC in the coming days requesting necessary rule changes in order to allow the ETF to list once the registration statement is declared effective by the SEC.

“While there can be no assurance that the 19b-4 application will be granted or the SEC will review and ultimately accelerate the registration statement, we are optimistic that 2019 should be the year that a bitcoin ETF launches,” said Hyland.

As news.Bitcoin.com recently reported, while companies have been struggling to gain the SEC’s approval so far, fund providers are now arguing there is sufficient market liquidity for such an ETF to be launched in 2019. 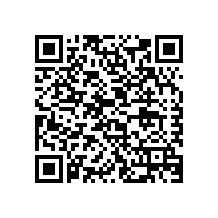