The blockchain is a digital technology that records and verifies transactions. The blockchain changes the way many industries operate, including the financial markets. It is a key tool behind innovations, especially cryptocurrencies in general.

A secure tool that creates cost-efficient business networks, the blockchain’s ledger can track and trace anything of value.

The new OneCoin blockchain is very powerful, being able to process more transactions than credit card providers. It runs every minute, which makes it the choice for merchants because it stores users’ KYC documents – setting a new standard in the cryptocurrency industry

OneCoin’s blockchain consists of each transaction ever performed in OneCoin. Anonymous transactions are not allowed and the company strictly follows anti-money laundering policies, carrying out KYC procedures in different aspects of its activities.

OneCoin is the first cryptocurrency to store KYC documents on its blockchain.

The blockchain is based on protocols that authenticate, validate and store information in consistent, unbroken sequences that make the system safer by eliminating any attempts of fraud, duplicity and forgery. 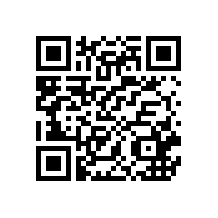