It may sound like a 2014 – era shitcoin, but Globalcoin is this year’s most anticipated new digital asset. It doesn’t matter that it’s not decentralized, not permissionless, and not even crypto. The only question that really matters is what does Facebook’s currency spell for bitcoin? Will it steal its thunder or accelerate adoption?

Globalcoin: Coming Soon to a World Near You

If Mark Zuckerberg had hoped to convince the world that he’s a normal guy, and not a shape-shifting Illuminati reptilian, Globalcoin has scuppered that. It’s the name that satirists would have dubbed Facebook’s forthcoming currency, had Zuck not gone and claimed it for himself. Like Facebook itself, Globalcoin (GC) is easy to mock and easier to meme, but away from the easy one-liners, what’s known about the coin and what effect – if any – will it have on cryptocurrency?

GC is scheduled to launch in Q1 2020. Lest confirmation were needed as to how entrenched in the legacy financial system Zuck bucks will be, Facebook’s CEO has reportedly met with Bank of England governor Mark Carney as well as seeking advice from the U.S. Treasury. Project Libra, as the program is known, has been one of the world’s worst kept secrets since 2018, when it emerged that Facebook was seeking to hire blockchain developers for a covert monetary project.

GC will be nothing more than another fiat-pegged stablecoin, which is unremarkable. The coin’s real power comes in the network effects that can be leveraged to get the currency into the hands of billions, including Facebook users who don’t have bank accounts. The benefits this could bring to Facebook-loyal consumers, who can seamlessly use the coin in-app (be it FB, Insta, or Whatsapp) to pay friends and purchase goods, are substantial. But the benefits this powerful new trove of data will bring Facebook are bigger still.

A Cash Grab From the World’s Data Despots

Facebook’s extremely shitty attitude towards protecting user privacy does not need reiterating. Indeed, it is hard to think of a worse qualified custodian of a global digital currency. For all its crimes though – deplatforming, unauthorized data sharing, censorship and flagrant privacy violations – Facebook remains the world’s dominant social network. People are inherently complacent and, save for a handful of privacy purists, there has been no mass exodus of users in the wake of the Cambridge Analytica scandal and similar abuses. It doesn’t matter how much data Globalcoin harvests or who it’s shared with: if the coin works seamlessly, people will use it.

As for quite how crypto Facebook’s crypto is, the answer is “not very.” As a permissioned currency, just like the permissioned social network it lives inside, it’s irrelevant whether GC runs on a blockchain or an SQL database. No amount of nodes or validators will change the fact that your globalcoins are only yours provided you use them for the purpose that Zuckerberg intended. Play by the rules, and you’ll be just fine. Step out of line, however, and expect to see your account balance emptied and wallet frozen. As Bloomberg put it, “More than 2 billion users spending one currency, controlled by one billionaire. What’s to worry about?,” noting that Dr Evil would love Globalcoin.

What Globalcoin Means for Cryptocurrencies

As for what GC means for crypto, there are essentially two schools of thought. One holds that GC holds a genuine threat in giving the masses the benefits of crypto – fast settlement, low fees, wrapped in a package that even grandma can understand – with none of the downsides, such as volatility, complexity, or the irreversible loss of funds. In this paradigm, GC will replace BTC as a medium of exchange (MoE), leaving bitcoin to serve as a store of value (SoV) and for payments that fall outside of Facebook’s purview – like buying drugs. If this comes to pass, then GC could also threaten other cryptos such as BCH, LTC, and DASH.

The other school of thought holds that Globalcoin will serve as a Trojan horse, or gateway drug, to ”real” cryptocurrencies. Through normalizing the use of digital currency, it will make the transition to permissionless crypto seem less scary, ensuring that bitcoin is primely placed to onboard the masses when they tire of GC’s limitations: the privacy concerns, the data abuses, and the limited means of spending. In this context, Zuckerberg’s vanilla crypto will get bested by bitcoin, which can outmuscle it on all fronts, save for network effects. With an estimated 30 million cryptocurrency users versus 2.4 billion Facebook users, Globalcoin will launch with a massive advantage.

Love, hate, or fear it, Globalcoin merely represents the inevitable evolution of money. The majority of our spending has already gravitated to the digital realm, be it Paypal, Apple Pay, Visa, Venmo or bitcoin. With the underlying payment network being abstracted away while cash dies a slow death, Globalcoin will take a seat at the table of digital payment solutions, despite offering nothing new. As has been reiterated many times over, bitcoin doesn’t need to take over the world to succeed: it simply needs to survive, in one form or another. It is highly probable that Globalcoin will gain more users in its first month than bitcoin ever has or ever will. That metric, however, is meaningless. 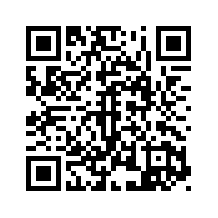