Facebook is planning to launch its own cryptocurrency in early 2020, allowing users to make digital payments in a dozen countries.

The currency, dubbed GlobalCoin, would enable Facebook’s 2.4 billion monthly users to change dollars and other international currencies into its digital coins. The coins could then be used to buy things on the internet and in shops and other outlets, or to transfer money without needing a bank account.

Mark Zuckerberg, the founder and chief executive of Facebook, last month met the governor of the Bank of England, Mark Carney, to discuss the plans, according to the BBC.

Zuckerberg has also discussed the proposal, known as Project Libra, with US Treasury officials and is in talks with money transfer firms, including Western Union, to develop cheap, safe ways for people to send and receive money.

A report last year said Facebook is working on a cryptocurrency that would let users transfer money using WhatsApp, its encrypted mobile-messaging app.

“Payments is one of the areas where we have an opportunity to make it a lot easier,” Zuckerberg told the company’s developer conference last month. “I believe it should be as easy to send money to someone as it is to send a photo.”

In order to try to stabilise the digital currency the company is looking to peg its value to a basket of established currencies, including the US dollar, the euro and the Japanese yen.

Facebook is also looking at paying users fractions of a coin for activities such as viewing ads and interacting with content related to online shopping, similar to loyalty schemes run by retailers.

However, experts believe that regulatory issues and Facebook’s poor track record on data privacy and protection are likely to prove to be the biggest hurdles to making the currency a success.

“Facebook is not regulated in the same way as banks are, and the cryptocurrency industry is, by definition almost, unregulated,” said Rebecca Harding, chief executive of banking trade data analytics firm Coriolis Technologies.

“In the UK, for example, there are no formal laws that govern this market because cryptocurrencies are not legal tender. Facebook has also had issues with protecting user data in the past few years and this may well be an issue for it as it tries to provide guarantees to users that their financial information is safe.”

Following an Observer investigation last year, it emerged that the data of up to 87 million Facebook users had been used improperly by Cambridge Analytica to target ads for Donald Trump in the 2016 US presidential election.

Earlier this month the US Senate committee on banking wrote an open letter to Zuckerberg asking how the currency would work, what consumer protection would be offered and how data would be secured.

It has also emerged that Zuckerberg held talks with the billionaire Winklevoss twins, Cameron and Tyler, whose bitter legal battle over the origins of Facebook was chronicled in the film The Social Network. The twins, who went to Harvard with Zuckerberg and later sued him for stealing their idea for a social network, founded the cryptocurrency exchange, Gemini, in 2014.

In the highly unregulated world of cryptocurrencies Gemini is notable as being one of the first two companies to win regulatory approval to launch a digital currency pegged to the US dollar, the Gemini dollar.

It emerged last month that Facebook is looking for $1bn (£790m) in funding to support the project, and has held talks with payments giants including Visa and Mastercard.

Facebook has been long expected to make a move in financial services, having hired the former PayPal president David Marcus to run its messaging app in 2014. Marcus, a board member of crypto exchange Coinbase, runs Facebook’s blockchain initiatives, the technology on which cryptocurrencies run.

In February JP Morgan became the first major US bank to create its own cryptocurrency, JPM Coin, as a way for its clients to settle payments.

Why Cryptocurrency Investors Are Renouncing Their US Citizenship

One thought on “Facebook plans to launch ‘GlobalCoin’ cryptocurrency in 2020” 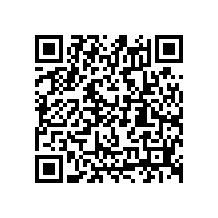