Forex trading is the simultaneous buying of one currency and selling another. Currencies are traded through a broker or dealer, and are traded in pairs.

For example the euro and the U.S. dollar (EUR/USD) or the British pound and the Japanese Yen (GBP/JPY).

When you trade in the forex market, you buy or sell in currency pairs.

Exchange rates fluctuate based on which currency is stronger at the moment.

The currency pairs listed below are considered the “majors.”

These pairs all contain the U.S. dollar (USD) on one side and are the most frequently traded.

The majors are the most liquid and widely traded currency pairs in the world.

Currency pairs that don’t contain the U.S. dollar (USD) are known as cross-currency pairs or simply as the “crosses.”

The most actively traded crosses are derived from the three major non-USD currencies: EUR, JPY, and GBP.

No, exotic pairs are not exotic belly dancers who happen to be twins. Exotic currency pairs are made up of one major currency paired with the currency of an emerging economy, such as Brazil, Mexico or Hungary.

Keep in mind that these pairs aren’t as heavily traded as the “majors” or “crosses,” so the transaction costs associated with trading these pairs are usually bigger.

It’s not unusual to see spreads that are two or three times bigger than that of EUR/USD or USD/JPY. So if you want to trade exotics currency pairs, remember to factor this in your decision.

Traders regularly buy and sell them in an open market with minimal impact on their own international exchange rates.

Originally the first four were grouped as “BRIC” (or “the BRICs”). BRICs was a term coined by Goldman Sachs to name today’s new high-growth emerging economies.

BRIICS is the term used by the OECD, the rich-country think tank adds Indonesia and South Africa. 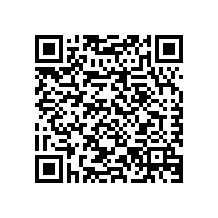