Still psychologically scarred, few were keen last month to commemorate the 10th anniversary of the Dow’s rock bottom close in March 2009.
Even so, all month long, calls to heed lessons from the last great recession echoed across the media as ominous signs pointing to another pending financial crisis loom. Last week, the US Department of Commerce revised growth forecasts downward. Growth across major European economies is either slowing or negative. And the Chinese economy, a critical global growth engine, is decelerating

We can, however, dispense with platitudes about remembering the past or being doomed to repeat it. The fact is we aren’t set to relive a recession like that of 2008. The next great recession is likely to unfold in a manner fundamentally different from the last one.

Unilateralism, fragmented regulatory bodies and a depleted arsenal of tools  for reviving growth will mean that the next recession is likely to be more prolonged and more devastating.

Few experts would claim regulators have implemented sufficient protections against the banking practices culpable in the 2008 crisis. But even if we had learned from past mistakes, the financial institutions and instruments requiring oversight are evolving at an unprecedented rate, becoming increasingly complex.

The Bank for International Settlements has raised concerns about the proliferation of shadows banks – a sector which, according to a report last year from the Financial Stability Board, grew by nearly 8 per cent globally to more than US$45 trillion in assets. They warn that existing macroprudential policies were designed with traditional banking institutions in mind, and thus permit shadow banks to operate with little relevant oversight.

Regulation is equally ill prepared to oversee many innovative financial instruments reshaping the industry. Fintech platforms, which determine creditworthiness through algorithms rather than credit scores, are often not subject to the same rules as banks, and may often operate in the absence of interest rate limits altogether.
Such novel institutions and instruments present features that are unfamiliar, and that require an evolving set of policy responses. This, in turn, necessitates integrated, cooperative regulatory bodies with streamlined information-sharing practices that allow regulators to stay abreast of developments.

Alas, global regulatory bodies remain far too fragmented. The US, for instance, has three federal bank regulators and two market regulators that often compete instead of cooperating. Meanwhile, the vice-chair of the supervisory board of the European Central Bank admitted last year that Europe’s regulators remain too fragmented to effectively supervise.

Moreover, post-2008 calls for central banks to play a more vigilant role have paradoxically led them to focus inward and neglect collaboration at the international level.

This lack of communication and collaborative action hinders regulators’ ability to police practices – and when the next crisis occurs, these disconnects will impede attempts to mitigate damage.

After Lehman Brothers collapsed, central banks worldwide simultaneously reduced interest rates. In the months that followed, governments would take recourse to this time-tested monetary tool to combat the recession, using rate cuts to encourage borrowing and spending.
Such expansionary monetary policies are battle-proven and, in tandem with prudent fiscal policies, they enabled central banks to slowly restore the global economy to health. The hard truth, however, is that governments won’t have this weapon at their disposal this time around.

In the wake of the 2008 crisis, rates across the world were cut to zero, and the fragile recovery has kept them there. For much of the world, including the US and Europe, very low to near-zero rates mean historically little leeway for lowering.

Fiscal stimulus could provide an effective alternative. But increased government spending faced stiff opposition during the last recession and is likely to confront more during the next. For advanced economies, the average government debt is now worth more than 100 per cent of gross domestic product, up 30 per cent since 2007.

If near-zero interest rates and a lack of information-sharing will impede and blind regulators, hopes of reversing a downturn will rest on a multilateral global response.

Global recession prophets misread the US, Chinese economies. In 2009, collaboration helped avert disaster as Group of 20 nations pledged to borrow and spend what they could, and to abstain from new tariffs. But today’s political landscape is characterised by discord and economic nationalism – and joint action seems far less likely. Without communication and concerted action, the next crisis is likely to prove far more intractable.

Central banks and governments must share information and align strategies. They must once more promise not to throw up tariffs or depreciate their currencies. If, at the moment of crisis, politicians will be too wary to support fiscal stimulus, governments should work together now to devise mechanisms automatically triggering spending increases at the onset of turmoil. Also, to help maintain sufficient demand, governments should work with private firms to make wage increases of 5 to 10 per cent manageable.

To achieve such reforms, we’ll need more than the support of the IMF, the World Bank and Bretton Woods – bodies too often steered by politics and national interests

Depoliticised private-sector global leadership forums, inviting people not just from business and politics, but from non-profits, religious communities and social ventures, may succeed in shaping solutions that forgo self-serving interests. Such forums, however, are at best symbolic as long as they do not hold themselves to the highest standards.

Dr Frank-Jürgen Richter is former Asia director at the World Economic Forum and founder and chairman of Horasis Global Meeting.

Dealshaker and Onelife Events in The World 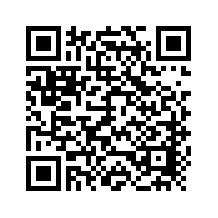