On July 14th 2016, the night before the big OneLife Convention, 15 Diamonds and 3 Blue Diamonds were officially recognized at the Official Gala Dinner at the Chinzanso Hotel, Tokyo. The dinner was an extravagant success. The hall was full, and all tickets were sold out weeks before the event.

The next day, July 15th 2016, the OneLife Convention took place at the same venue with more than 2000 people in attendance. Among the speakers were Global Master Distributor Sebastian Greenwood, Crown Diamond Juha Parhiala and Chris Principe, publisher of Financial IT Magazine.

The highlight of the evening was the presentation by the one and only Dr. Ruja Ignatova, the founder and visionary of OneCoin! She shared her insights on cryptocurrency, the OneCoin vision and future steps to making it the biggest mass market cryptocurrency around the globe. The event came to an end when Dr. Ruja, together with Sebastian Greenwood and Juha Parhiala, drew the 3 lucky winners of the event raffle. Noriko Konishi won a “OneCoin & OneLife” branded Lexus car while Mei Nomura and Hajin Jang each won a Premium package.

More than 1,000 people filled the hall for the OneCoin Convention at the Royale Chulan Hotel in Kuala Lumpur (Malaysia) on the 25th of June to see the OneCoin founder and visionary Dr. Ruja Ignatova in person.

During the event Dr. Ignatova shared information about the new blockchain and the latest news about the company. She also personally signed a Rolex watch and an exclusive OneTablet for the auction at the gala dinner in the evening.

Over 3500 people filled the hall at the SSE Arena, Wembley in London to see some of the most revered specialists on finance, cryptocurrency and networking in the world, as well as the person, who made it all possible – the one and only Dr. Ruja Ignatova!

The audience gathered around the venue hours before the event, eager to see their favorite leaders and receive the latest updates on the network and developments around OneCoin. The event started with an amazing firework show, followed by jaw-dropping performances by Affishal and Plague, but nothing could be compared to the crowds cheers when Dr. Ruja went on stage to give her speech on the new Blockchain integration.

The event, hosted by top leaders Udo Deppisch and Llota Spjut, was rounded off with the usual recognition ceremony, during which the latest Black Diamond and Blue Diamond Members received their luxury watch rewards and certificates. 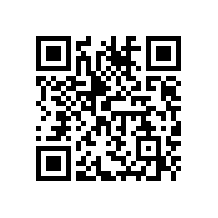