The G20 is a forum that is used to discuss policies surrounding international financial stability. The forum was originally formed in 1999. The G20 is made up of a group of nations with the most advanced and emergency economies in the world. These countries make up about 85% of global GDP, over 75% of global trade, and approximately two-thirds of the world’s total population. These nations also make up about half of the earth’s total land area.

The G20 Summit is formally known as the “Summit on Financial Markets and the World Economy”. As the “premier forum for international economic cooperation” (agreed by leaders at the Pittsburgh Summit in September 2009), representing more than 80% of the global GDP, the G20 has made continuous efforts toward achieving robust global economic growth. As globalization progresses and various issues become more intricately intertwined, the recent G20 summits have focused not only on macroeconomy and trade, but also on a wide range of global issues which have an immense impact on the global economy, such as development, climate change and energy, health, counter-terrorism, as well as migration and refugees. The G20 has sought to realize an inclusive and sustainable world through its contributions towards resolving these global issues.

The host country of the G20 summit leads the group over the course of one year from December through the following November as the G20 presidency. The G20 presidency also organizes relevant ministerial and working group meetings.

The history of the G20 summit

After the Asian Financial Crisis in 1997-1998, it was acknowledged that the participation of major emerging market countries is needed on discussions on the international financial system, and G7 finance ministers agreed to establish the G20 Finance Ministers and Central Bank Governors meeting in 1999.

The G20 Finance Ministers and Central Bank Governors meetings were centered on major economic and monetary policy issues amongst major countries in the global financial system and aimed at promoting cooperation toward achieving stable and sustainable global economic growth for the benefit of all countries. The participating members in the meetings were the same as the current G20 members.

In November 2008, the inaugural G20 Summit was held in Washington, D.C. in response to the global financial crisis that occurred in the wake of the collapse of the Lehman Brothers. The G20 Meeting of Finance Ministers and Central Bank Governors was upgraded to the head of state level, as a forum for leaders from major developed and emerging market countries. In September 2009, the third summit was held in Pittsburgh where the leaders designated the G20 as the “premier forum for international economic cooperation.” From thereon, the summit meetings were held semiannually until 2010 and annually from 2011 onwards.

Why Cryptocurrency Investors Are Renouncing Their US Citizenship 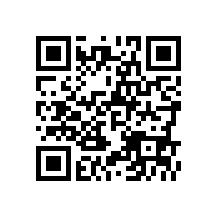