As of February 2019, the total population of the world exceeds 7.71 billion people, and this number is continuing to grow each day. However, in some areas, growth is slowing or even declining.

The next 11 countries that are the most populous in the world each have populations exceeding 100 million. These include the United States, Indonesia, Brazil, Pakistan, Nigeria, Bangladesh, Russia, Mexico, Japan, Ethiopia, and the Philippines. Of these nations, all are expected to continue to grow except Russia and Japan, which will see their populations drop by 2030 before falling again significantly by 2050.

Many other nations have populations of at least one million, while there are also countries that have just thousands. The smallest population in the world can be found in Vatican City, where only 801 people reside.

In 2018, the world’s population grew at a rate of 1.12%. Every five years since the 1970s, the growth rate has continued to fall. The world’s population is expected to continue to grow larger but at a much slower pace. By 2030, the population will exceed 8 billion. In 2040, this number will grow to more than 9 billion. In 2055, the number will rise to over 10 billion, and another billion people won’t be added until near the end of the century. The current annual population growth estimates from the United Nations are in the millions – estimating that over 80 million new lives are added each year.

This growth will be significantly impacted by nine specific countries which are situated to contribute to the population growth more quickly than other nations. These nations include the Democratic Republic of the Congo, Ethiopia, India, Indonesia, Nigeria, Pakistan, Uganda, the United Republic of Tanzania, and the United States of America. Particularly of interest, India is on track to overtake China’s position as the most populous country by the year 2030. Additionally, multiple nations within Africa are expected to double their populations before fertility rates begin to slow entirely.

Population aging has a massive impact on the ability of the population to maintain what is called a support ratio. One key finding from 2017 is that the majority of the world is going to face considerable growth in the 60 plus age bracket. This will put enormous strain on the younger age groups as the elderly population is becoming so vast without the number of births to maintain a healthy support ratio.

Travel Around The World

3 thoughts on “World Population by Country” 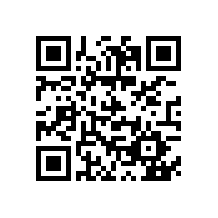